Province of Bihar with its capital Patna is situated in the North Eastern part of India, bordering in the east with East Bengal ( capital Calcutta), in the west with Utter Pradesh (capital, Lucknow), in the south with Orissa (capital Katak) and in the North with the Kingdom of Nepal (capital Kathmandu) and Kingdom of Bhutan (capital Thimphu ). A few years back Bihar was divided in to 2 provinces Northern part remains as Bihar with capital Patna while Southern part has been named Jharkhand with capital Ranchi.

Bihar Sharif is a historic town, which was the capital of the state of Bihar, during the Muslim rule from Bakhtiyar Khilji (1205AD) the first conqueror of Bihar through to Sultan Shershah Suri (1545 AD), this city was also the centre of culture and learning and has the distinction of being home to revered saints like- Makhdumul Mulk Hazrat Sharfuddin Ahmad Yahya Maneri (R.A), Hazrat Makhdom Syed Ahmad Charmposh (R.A), and Hazrat Pir Badr Alam (R.A). All these saints are also buried in Bihar Sharif. The Mausoleum of Hazrat Syed Ibrahim Mallick Baya (R.A) is also there.

During the reign of Shershah Suri the capital was shifted from Bihar Sharif to Patliputra ( Patna ) where he built a fort. In 1647 A.D Shahanshah Aurangzeb appointed his son prince Azeemus Shan governor of Bihar, who renamed Patliputra to Azimabad, but under the British rule it was once again remained and was called Patna.

Syed Ibrahim Mallick Biya was born and raised in Batnagar near Ghazni, in Afghanistan. His ancestors had migrated to the region from Baghdad to escape persecution at the hands of the Abbasids. His lineage came from a very revered Saint Hazrat Syed Sheikh Mohiuddin Abdul Qadir Jilani (a.k.a Gilani R.A), who was also known by the title of ‘Ghaus-e-Azam' (the highest in the hierarchy of Saints). His ancestry can be traced back in the direct line to Hazrat Ali and Hazarat Imam Hassan R.A and hence to The Prophet Muhammad (S.A.W) Peace Be Upon Him.

Syed Ibrahim came to India in 740 Hijri (1339 AD), he was a distinguished military general, as well as, an eminent Sufi Saint of 14th Century. He received his education and military training in Ghazni and then he came to Delhi to serve under the tutelage of Sultan Mohammad Tughlaq, who was famous for his magnificent patronage of intellectuals, scholars, and talented military generals of his time.

At the time of Sultan Mohammad Tughlaq (1290 AD-1351 AD), even though the State of Bihar was under the control of Delhi , for all practical purposes, its rulers were autonomous. The Sultan received numerous complaints from local population against the atrocities / tyranny of Raja Bithal, the then Governor (Subedar) of Bihar . The Sultan sent a couple of expeditions against the Raja of Bihar but those expeditions were unsuccessful, as such he decided to send Syed Ibrahim, to remove Raja Bithal. After a fierce battle, the Raja and his army was defeated. The freedom of Bihar from Raja Bithal’s tyranny and atrocities was a remarkable achievement, and on this occasion, the Sultan conferred upon Syed Ibrahim the title of "Madarul Mulk Mallick Saif waDaulat" (Administrator and King of Sword and Wealth). It is recorded that the Sultan was so jubilant by this victory, that, in his court, he himself came down to receive and greet Syed Ibrahim. After an exchange of greetings, Sultan Mohammad Tughlaq said to Syed Ibrahim in Persian (the official language at the time) "Mallick Biya, Be-nashin" meaning "O King come and sit next to me" and led Syed Ibrahim to his seat. The Sultan bestowed this great honor upon him. Since then, he was called "Mallick Biya." he served as a general in Sultan Tuglug's army.

Sultan Feroze Shah Tughlaq son of Sultan Mohammad Tughlaq appointed him the Governor of Bihar from 1351-1353 A.D, when he was killed by his enemies in a sneak attack. His Shadat took place on 13th Dhul hajj, 753 A.H/20th January 1353 A.D. He was buried in Bihar Sharif at the hill top of Pir Pahari one mile west of the town.

A Mausoleum was built where he was buried. The mausoleum is an extraordinary structure of a rare quality of bricks, which have withstood the ravages of time and the unrelenting devastation of weather for the last 600 years. After 600 years, the structure still stands as if it were built in recent days. Besides Mallick Biya’s tomb, there are 10 graves of his sons and grandson inside the dome. The tombs of other family members and companions of Mallick Biya are lying on the east, west and south sides of the mausoleum. Due to the high respect and reverence given to the tomb of Mallick Biya for generations, no one is buried on the north side of the dome. The south side of the burial place is still reserved only for the Mallick clan members who wish to be buried on Pir Pahari.

The descendants of the eight children of Mallick Biya multiplied over 600 years and constituted a significant portion of the Muslim Community in Bihar. The Muslim population of Bihar was around 13% before the partition of India in 1947. At that time, Mallicks constituted about 25% of the Muslim population of Bihar, mostly concentrated in the villages and towns in the Districts of Patna, Gaya , Shahabad (Arrah) and Monghyr.

Mallick families are now spread in many countries including USA , Canada , Pakistan , Europe and Middle East . Due to migration some of these villages may not have now a single Mallick family there. However, the names of these villages are still of historical importance and for the purpose of record and identification of the Mallick whose forefathers hailed from these villages. It is most essential to keep track of these families. The Mallick in India too are spread out, but few lakes still living in Bihar/Jharkhand Province, are spread in about 50-odd villages of Patna, Jehanabad, Gaya, Nawada, Jamui, Munger and Nalanda. 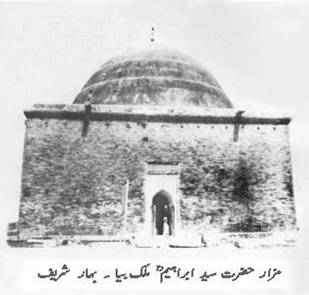 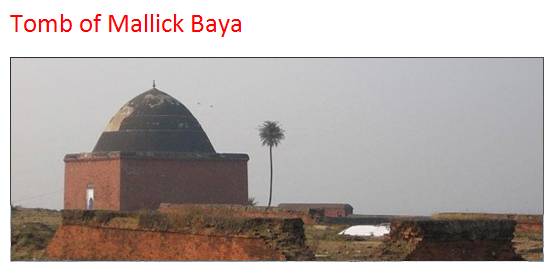